An awesome Android hack-a-thon at Google!

This past Friday and Saturday I took part in the first ever Google Developer Group (GDG) "Design in Action" hack-a-thon at Google Campus in London. It was great fun and I made lots of new friends. And we were proud and humbled to walk away from the event with the best app award, as judged by two Google staffers!

We built the app and the Google App Engine back-end on Saturday in eight adreneline-filled hours of hard work. By the final hour of integration and the final 5 minutes of debugging, us racing to finish on time, our hearts were pounding and we felt like we could accomplish anything.

By the end of it all, everyone felt such an amazing sense of accomplishment. And winning the best app award was just icing on the cake. It was AWESOME!

While we had lots of great ideas for some really engaging and amazing mobile experiences, we had to pare the concept down quite a bit to a MVP that we could finish in the time allowed. Hopefully, the team will collaborate in the near future to develop the concept and the prototype further.

We're lucky in the UK to have so many public data APIs available. It would be amazing for civic participation to be able to expose more of these data to citizens in compelling ways that help to tell the story of what's happening in our society.


The event was co-sponsored by GDG London and GDG Women, and aspired to elevate the quality of Android apps by encouraging participants to form teams with at least one designer and one developer. 50% of tickets to the event were allocated to women, and one suggested theme for the hack-a-thon was the empowerment of women in tech through apps. 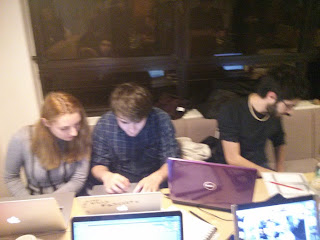 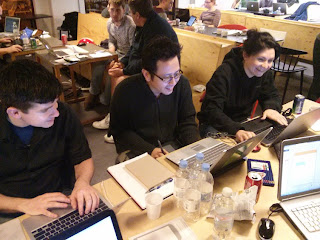 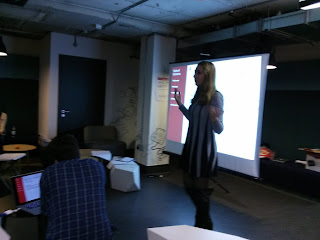 User-centred product design is about gaining empathy and solving problems.
We are a London-based collaborative using design thinking to build social tech for social good. Come see what we're up to at guanxin.de.